Gas is in the Past After Brookline, MA Special Town Meeting 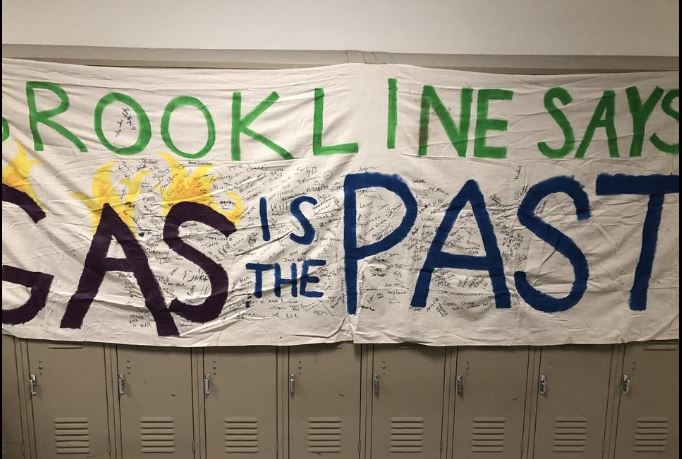 Fossil fuels are out following the second night of Brookline’s special Town Meeting.

Town Meeting members  passed Article 21, which will prohibit the use of fossil fuel infrastructure in new construction and significant renovations in town.

“When you’re in a hole, the first thing is to stop digging,” State Rep. Tommy Vitolo said; this warrant article takes away the shovel, he added.

The bylaw passed overwhelmingly, with 210 votes in favor.

“This is a historic day for the community of Brookline and the Commonwealth of Massachusetts,” TMM, architect and article co-sponsor Lisa Cunningham said in a Mothers Out Front press release following the vote.

She added, “I hope this demonstrates to parents and citizens across the country that they also have the power to move their communities to a clean energy future.”

The bylaw does include some exemptions, allowing fossil fuel infrastructure needed for backup generators, restaurant kitchens and medical offices, among other uses.

The action was urgently needed, co-petitioner and architect Kathleen Scanlon said in the same Mothers Out Front press release.

“We cannot install new gas infrastructure that will last 30 years, past the time that we have committed to achieving zero emissions,” Scanlon said. “This decision will move us away from new oil and gas infrastructure when it’s convenient and possible to do so. It’s a step in the right direction for Brookline and for our climate.”