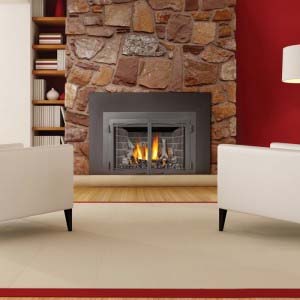 Thanks to the shale revolution, the United States is awash in natural gas. Since 2005, domestic gas production has nearly doubled, and American companies are now sending liquefied natural gas all over the world, including Chile and China. And pretty soon, U.S. liquid natural gas will be on its way to, of all places, Saudi Arabia.

But good luck getting that gas in Yonkers or New Rochelle.

Thanks to Governor Andrew Cuomo’s continuing blockade on new gas pipelines, New York consumers aren’t benefiting from this low-cost, low-carbon fuel. Instead, places such as Westchester County, along with parts of New England, are facing moratoriums on new gas hookups. In addition, earlier this month, with approval from Cuomo, New York legislators passed the Climate and Community Protection Act, which requires 70 percent of the state’s electricity to come from renewables by 2030 and an 85 percent reduction in greenhouse-gas emissions by 2050.

Cuomo has dubbed the CCPA “the most aggressive climate change program in the United States of America, period.” Cuomo’s energy policies may be aggressive, but they are also going to hammer the New York economy and New York consumers. They will also — get this – mean higher carbon dioxide emissions.

Since 2016, the governor’s appointees at the New York Department of Environmental Conservation have repeatedly blocked permits for new pipelines that could increase the flow of gas into New York. The latest pipeline monkey-wrenching occurred last month, when the NYDEC refused to provide a permit for the Northeast Supply Enhancement project, a 24-mile pipeline that would deliver about 400 million cubic feet of gas per day from coastal New Jersey through Raritan Bay and Lower New York Bay to the western end of Long Island. It was the second time the state has blocked the project. (Earlier this month, the New Jersey Department of Environmental Protection denied a permit for the same pipeline.)

In response to the ongoing blockade of the pipelines, two of New York’s biggest gas utilities, Consolidated Edison and National Grid, have said they will quit providing new gas connections to customers in their service areas in and around New York City. As I show in a new report for the Manhattan Institute, about 800,000 New Yorkers are now living in communities subject to gas-hookup moratoriums. About 300,000 New Englanders are facing the same predicament.

The shortage of natural gas means higher energy costs. In January, about two weeks after Con Ed announced a moratorium on new gas connections in southern Westchester County, the utility announced it would be seeking an 11 percent hike in residential natural-gas rates and a nearly 6 percent increase in residential electricity rates.

Anti-gas activists like to claim — without any evidence — that renewables can meet the state’s energy needs. But upstate New York communities are increasingly opposed to the encroachment of big wind and solar projects. Over the past four months alone, about 300 megawatts of new wind capacity and 100 megawatts of new solar capacity have been halted due to local opposition from upstate communities. The result: According to the American Wind Energy Association, no wind projects are currently under construction in New York, and only 34 megawatts of wind capacity is now under construction in New England.

Many of those same climate activists — from groups such as the Natural Resources Defense Council and Alliance for Clean Energy New York — are now touting offshore wind. New York and other states have announced big plans — by my count, some 14,000 megawatts of offshore wind capacity has been proposed — but that will require installing thousands of offshore platforms over hundreds of square miles in some of the most heavily navigated and heavily fished waters on the Eastern Seaboard. The offshore wind projects are being vigorously fought by the Long Island Commercial Fishing Association and commercial fishing groups from New Jersey, Rhode Island, and Massachusetts. The fishermen believe the offshore wind projects will lock them out of some of their most productive fisheries.

Finally, Cuomo’s gas blockade is occurring at the same time the state is relying more heavily on the fuel to produce electricity. Since 2004, gas-fired electricity production in the state has nearly doubled. New York’s dependence on gas-fired electricity will increase in the months ahead due to the looming closure of the two nuclear reactors at the Indian Point Energy Center in Buchanan. Unit 2 will be shuttered next April, and Unit 3 in April 2021. Together, they produce about 25 percent of the electricity used in New York City. When they are retired, their output will largely be replaced by gas-fired generators.

The punch line here is apparent: Cuomo has chosen to make natural gas the enemy at the very same time New York (and New England) needs more natural gas to reduce its emissions and keep the lights on. It’s time for the governor to give up his ill-reasoned blockade and accept the fact that natural gas plays an irreplaceable role in the Northeast’s energy economy.