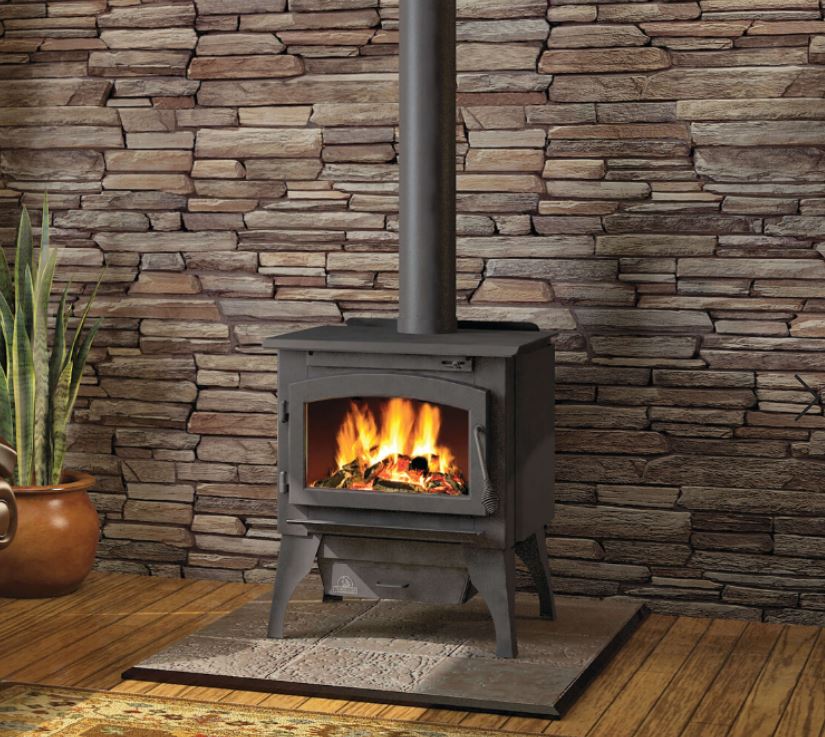 SARATOGA SPRINGS — Lou Faraone has what he describes as four miles' worth of seasoned firewood, laid end to end, so he’s confident he’s got enough to meet demand.

But some days he figures he could use even more.

More and more homeowners call or email him every time there is news about another increase in energy and heating costs for the coming winter.

Lou Faraone started selling firewood as a third career. He started in Malta and moved to Wilton to expand the business. He sells wood for cooking to 52 local restaurants. Video: Times Union

Others agree that rising gas, electricity, oil and even propane prices have prompted many New Yorkers to turn to firewood for heat.

Some may have old stoves purchased years ago which are being pressed back into service while others are looking at new installations.

“When fuel costs more they are going to look at wood,” said Victor Cardona, who operates Firewood Connect, an on-line directory that allows customers to contact local firewood sellers.

Heating costs are certainly expected to jump this winter.

Earlier this year, National Grid, which supplies natural gas and electricity across much of the Capital Region and upstate New York, predicted that heating bills will rise 31 percent during the five-month winter heating period that starts in November. The average residential customer is expected to pay $651 over the five-month period, or an increase of $155. It’s the biggest increase in more than a decade.

Other forms of heating are going up as well.

Propane, derived from natural gas and which is popular in rural locations without gas line hookups, was selling for $3.46 a gallon in September, according to the New York State Energy Research and Development Agency, NYSERDA. In 2020 it was $2.46 a gallon.

Electricity is up almost 46 percent year over year as of June, according to NYSERDA.

With high demand, wood costs are also rising. Some providers like Advantage Tree Service in Delmar, have held prices at $395 per cord delivered (within a five mile radius) for the past two years.

But others are charging more this year, although some charged under $300 in past years.

“People want to hedge their energy position,” he said.

Like others in the industry, the store has its roots in the 1970s Arab oil embargo, which led to gasoline lines at service stations and a newfound concern over fuel scarcity.

While energy prices are the underlying spark of this latest boom, customer interest can be inflamed by specific changes in the weather or by news events.

“We see a lot more interest when it gets cooler,” said Cardona.

News events also add to the interest in wood. The Russian invasion of Ukraine, as most people now know, has caused a global rise in oil and gas prices.

Faraone noted that more people seemed to come in last month, after radio show host Glenn Beck, in a commentary about rising fuel prices proclaimed that “firewood is the new gold."

And Stritsman says some customers are looking to get wood stoves since they are worried about the possibility that gas appliances won’t be available in future years.

The state’s appointed Climate Action Council, which is developing guidance for greenhouse gas reduction policies, is looking at bans on new gas appliances and on new gas hookups in future years. The group is also looking at reducing the use of wood, which can emit soot and other harmful compounds.

That possibility has also driven up interest by buyers who may want gas fireplace inserts and fear they'll be unavailable in the future.

Wood stoves are currently in short supply in part because of tougher EPA emissions rules that took effect in 2020. Stoves made prior to May 2020, when the new regulations took effect, had to be dismantled.

The newer stoves are far cleaner and more efficient than their older cousins, but the new regulations took tens of thousands of stoves, that had already been manufactured, off the market.

The forced retirement of pre-2020 stoves, combined with the same kind of pandemic-era labor shortages that plague all businesses, has led to shortfalls in stove production.

“It was a massive economic hurdle,” said Arpino. “Now it’s just a fight for products.”

Worker shortages aren’t just in the stove-making business. Some wood providers are struggling to get enough sawyers to keep up with demand.

“They just don’t want to work,” said Pam, who didn’t give her last name and who works at Anjoe Tree Service in Albany, one of several tree removal and trimming companies that also sell firewood.

They could use a couple more wood cutters, who can earn up to $30-an-hour with experience, she said.

“They work a couple days and maybe a week and realize it’s a little more (effort) than they thought,” she said, referring to people who try to work in the firewood business but can’t cut it.