You Received a PPP Loan: Here are some tips for Massachusetts businesses 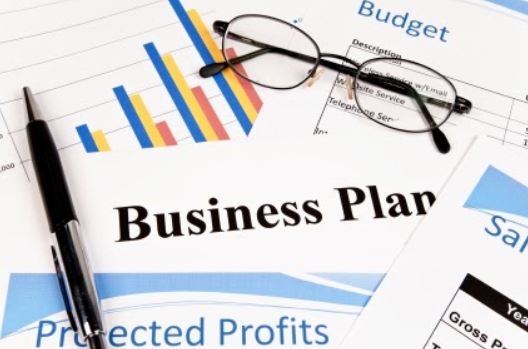 Congratulations. You did it. You not only found a bank to accept your Paycheck Protection Program application, but the bank managed to get it to the U.S. Small Business Administration before the program ran out of funding. Lots of your peers are still scrambling to secure PPP financing. Not you. That money’s already in your bank account.

Out of necessity, the federal government created and opened up PPP in a hurry, before it had figured out exactly how the program would work. For that reason, you applied for PPP loans in a hurry. Many of your peers — maybe you — were ordered closed because of the Covid-19 pandemic. Getting that loan was a matter of survival. Now that you have the financing, you need to stick to the SBA’s rules, to ensure as much of the loan is forgiven as possible. But that’s not easy: The SBA is still clarifying the terms of forgiveness, even as you’re planning to comply with terms you signed weeks ago.

Experts say you might be in for a shock.

“I think many borrowers thought this was going to be fully forgivable, and I dare say, many of them are going to be surprised,” said Jim Browne, a Boston-based partner with the professional services firm Withum.

Just because the application process was a little fast and loose at the start doesn’t mean banks and the government won’t  be bigger sticklers going forward.

“On the back end, there’s going to be more diligence than on the front end, in terms of how this money was expended,” Browne said.

The Business Journal spoke with bankers, accountants, lawyers and entrepreneurs about what business owners should do to ensure they avoid run-ins with lenders and bureaucrats and keep the amount of the loan they need to pay back as small as possible. Here’s the advice they shared.

Don’t be afraid to hire back employees, even if the work’s not there

Many Massachusetts business owners are in a quandary. Their businesses are closed entirely, because they’re considered nonessential, or they’re operating in a much-diminished capacity because customers are stuck at home. They’ve laid off most (or all) of their employees, because the business just isn’t there.

But under PPP rules, they must spend now 75% of the loan on payroll costs in the eight weeks after they receive the loan, if they want it to be forgiven. (The clock starts ticking as soon as the money hits their bank account.)

To reach the 75% threshold, they can hire back their one-time employees, but those workers may make more under the stimulus program’s enhanced unemployment benefits than they would on the job. And at the moment, there might be little to no work for employees to actually do.

Or they can forget about forgiveness, and treat the financing as a true loan rather than a grant. While the interest rate is only 1%, that may still be a big risk, given how much uncertainty there is around how long businesses will stay closed, and what revenue will look like once they reopen. The loan must be paid back in two years.

To avoid that risk, experts urge business owners to consider staffing back up, even if under normal circumstances they wouldn’t add to payroll.

“I’m advising them to bring them back as soon as they can, because obviously, the whole purpose of the program is to get people off unemployment,” said Thomas Petrocelli, a Wakefield accountant.

If most or all of the loan is not forgiven, it’s not necessarily the end of the world, given the low interest rate, accountants said. But owners should make that decision knowing the risks.

“If I have to pay that back at 1% over two years, I’m going to do that if it means we can stay alive,” said Joe Caligiuri, owner of Dedham training facility Stadium Performance, who plans to bring back all of his employees by July 1.

Keep careful track of everything

It’s essential that businesses document every penny they spend of the PPP money. The loan is supposed to be reserved for payroll expenses, as well as mortgage interest, rent and utility costs. If they send a rent check to their landlord, they should copy the check ahead of time and file it away. The same goes for electronic invoices.

Business owners might consider setting up a separate bank account for the loan to make the divide between the PPP money and other funds even clearer, though accountants say that’s not strictly necessary.

A good audit trail is important not just for accuracy’s sake, but for speed. Banks faced a glut of applications at the PPP’s kickoff. In a few weeks, they’ll face a glut of borrowers seeking sign-off that their loans are forgiven. Given how busy lenders will be, a misstep could mean significantly more time to achieve that sign-off.

“If you can put yourself in a position where everything is organized and they can easily see what you’ve done, it’s going to make the process so much smoother,” Nutter attorney Joshua French said.

Keep your counselors on speed dial

Even nearly a month after the PPP launched, there’s still a lot of uncertainty around how loan forgiveness will work. More guidance is expected, but the SBA’s previous attempts at clarification have left a lot of questions, according to experts.

With so much still up in the air, business owners should be in regular contact with their bankers, accountants and lawyers for any updates on the SBA’s thinking. Withum’s Browne recommends reaching out to them daily, or every other day.

At a minimum, businesses should check in with their bank a week or two before the PPP’s eight-week run time is up, according to Salem Five CEO Ping Yin Chai.

One thing that is certain: There’s more to achieving forgiveness than keeping the same headcount. If you cut pay for employees making less than $100,000 a year by more than 25%, that will hurt the amount of the loan that you can recover.

It’s important to note that, when calculating change in headcount, a firm can compare its current staffing level to either its full-time equivalent headcount in the first two months in 2020, or the same metric for Feb. 15, 2019, to June 30, 2019. If a business had been in growth mode prior to the pandemic, and its headcount was low last year, that will help it out now.

Given the changes caused by the pandemic, employers might also consider whether it makes sense to hire employees with new skill sets, rather than re-hire only laid-off workers. ThinkLite, for instance, plans to hire web developers to bolster its ecommerce platform, since remote work will be more popular in a post-pandemic world, Wadhwani said.

It’s a weird time. But don’t get too weird.

The federal government got blowback when larger, publicly traded companies secured PPP loans before many small businesses did. Officials have indicated that going forward, they will be scrutinizing loan recipients more closely. So no, you shouldn’t go investing the loan money in the stock market, or paying dividends to shareholders.

French has a simple test for deciding whether an expenditure will draw “the quadruple P — the PPP police,” as he calls them. Ask yourself, would I be doing this right now if it wasn’t for the PPP? For instance, if you’re thinking about giving employees big bonuses just to hit that 75% payroll threshold — would you be handing out big bonuses this spring if not for the loan?

“If it’s not something you would have done normally, then I’d be nervous about doing it now,” French said.